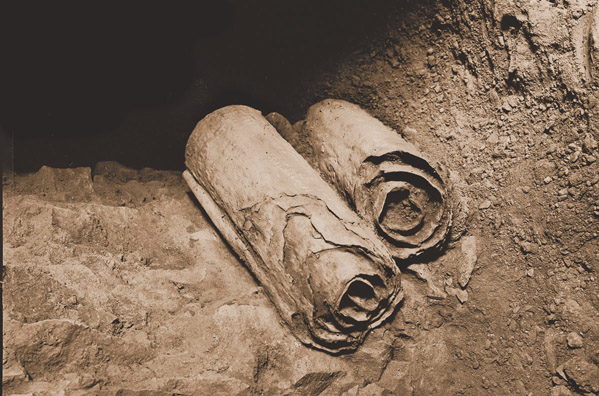 Dr. Jason Kalman of Hebrew Union College shares the remarkable story of McGill University’s attempts to purchase scrolls from Cave 4 at Qumran in the early 1950s. Although the process was complicated, drawn out, full of international intrigue, and ultimately never brought any scrolls to Montreal, McGill Professor R.B.Y. Scott’s efforts prompted others to act and resulted in the preservation of the Dead Sea Scrolls, whose study has revolutionized our understanding of ancient Judaism.

Dr. Kalman is the co-author with Jaqueline Du Toit of Canada's Big Biblical Bargain: How McGill University Bought the Dead Sea Scrolls (MQUP, 2010) and the author of Hebrew Union College and the Dead Sea Scrolls (HUC-JIR, 2012). The book on HUC and the DSS is now available and can be purchased by contacting the Klau Library at Hebrew Union College, This email address is being protected from spambots. You need JavaScript enabled to view it..