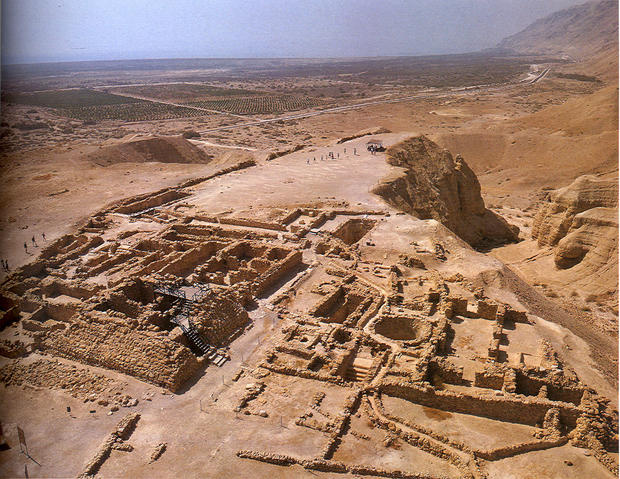 It has been over 50 years since approximately 900 Dead Sea scrolls and fragments were discovered in 11 caves in the neighborhood of Qumran, Israel. In spite of decades of scholarly debate, many questions remain about the site. Who lived at Qumran? Was it a fortress, a mansion, an agricultural center, a pottery workshop, or a commune for an ancient Jewish sect called the Essenes? Was it where the Dead Sea Scrolls were written, or just where they were collected? Journey with UC Classics Professor Barbara Burrell, your archaeological roving reporter, as she describes Qumran’s surroundings, its features, its finds, and its place in history.