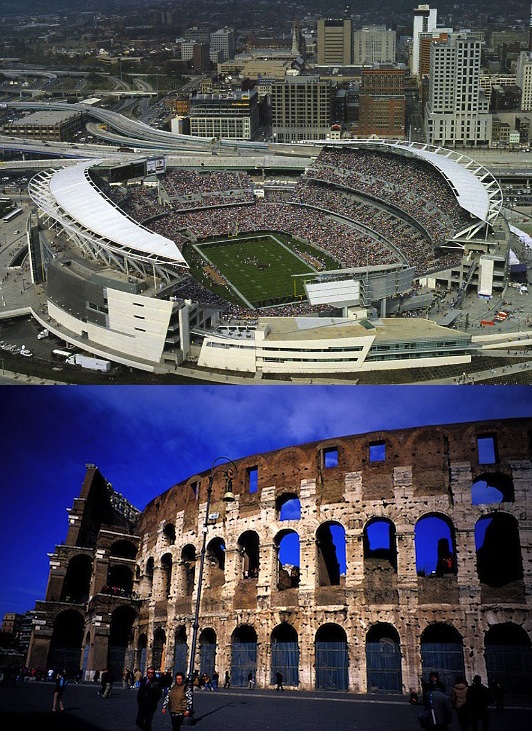 Ancient historian Kristina Neumann and philologist Michael Hanel (UC Classics) discuss how the modern city of Cincinnati has much in common with ancient Rome. Learn where the name Cincinnati came from and what it has to do with early Roman history. Through a look at these cities’ water supply, their hilly terrain, and their entertainment venues (from the Roman Colosseum to Paul Brown Stadium, home of the Bengals), a tour of downtown Cincinnati shows that more than just the city’s name harkens back to an important Classical past.