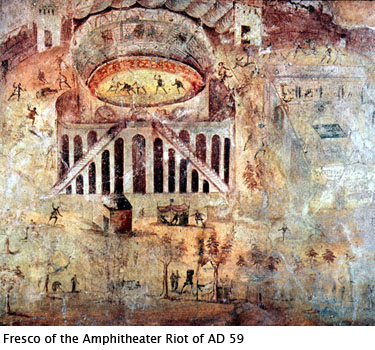 Go live to the arena of Pompeii in early AD 79 to meet burgeoning gladiatorial superstar, Severus, fresh off a major victory! Our intrepid reporter interviews the new champ, learns about his training, his finishing moves, and asks why it’s so tricky to fight against a lefty! Severus talks corruption, riots, the politics of the games, and gives his thoughts on the construction of the new Colosseum in Rome. Learn why the Romans loved gladiatorial combat so much from someone with firsthand experience!