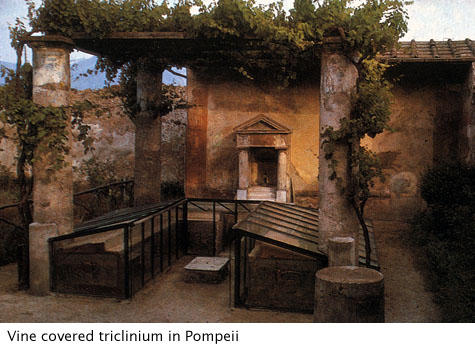 In this episode of the long-lost Roman cooking show, “The Splendid Triclinium,” join host Flavia Poma as she talks Roman cuisine with UC Classics graduate student Kristina Neumann. In Part 1 they examine the eating habits of the rich and famous, discuss the Roman diet, and take a closer look at Roman pots, pans, flatware, and dishes. They say “you are what you eat,” and from Pompeii we can learn a lot about what ancient Romans ate!