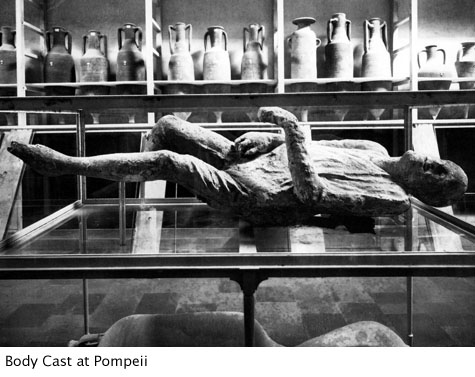 No trip to Pompeii is complete without a glimpse of the stunning casts of the site’s ancient residents who were trapped by the eruption of Mount Vesuvius. Ever since Pompeii’s rediscovery in the 1740s, the bodies of the volcano’s victims have captivated visitors to the site. UC Classics graduate student Sarah Lima delves into the study of human remains at Pompeii, and shares how they have played a prominent role in the development of modern archaeology and shaped the popular imagination of the site’s last days.